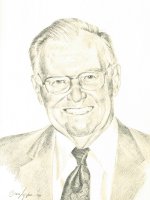 Charles Munro’s consulting and advisory work demonstrate his knowledge of the industry and the respect he has received both provincially and nationally. At home, he contributed to the development of the Co-op Insurance Association of Guelph and later became its President. Charles Munro represented producers as a member of the Advisory Board of the Canadian Farm Credit Corporation and Canadian Grains Council. Internationally, Charles Munro has represented the farmers of Ontario and Canada around the world. As delegate and member of international trade and development organizations, he has shared the wealth of his experience and knowledge to better the lives and prosperity of farmers.

Charles Munro was a Mason and served his community as an Elder in the Presbyterian Church and Director of the S. Easthope Farm Mutual Insurance Company. He has been awarded the Canada Centennial Medal for his outstanding contributions to the betterment of our quality of life.