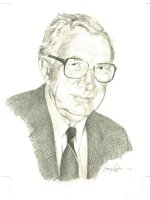 Donald N. Huntley, a native of Prince Edward Island and professional agriculturist at Guelph and Toronto, was a conscientious analyst of agriculture. While on the faculty of the Ontario Agricultural College he foresaw the need to bring hybrid and crop variety developments coming from private research programs into an integrated evaluation system with public breeding programs. Don recognized the need for objective reporting of comparisons in simplified and standardized formats for producers. His tireless efforts led to the establishment of the following publications: Field Crop Recommendations in Ontario, OMAF Pub 296 and Guide for Chemical Weed Control, OMAF Pub 75.

As the demand for crop production information increased from the farm community, Don Huntley encouraged Field Crop personnel to engage with organizations such as the Ontario Soil & Crop Improvement Association, Ontario & Canadian Seed Growers, The Fertilizer Institute, The Chemical Institute, the Seed Trade Association, 4-H Clubs and Agricultural Societies. This resulted in the development of an intensive Field Crops Extension Program that was broad in scope and influence.

As Assistant Professor and Head of the Department of Field Husbandry at the Ontario Agricultural College, Don Huntley was a distinguished teacher, able administrator and superb organizer. He strengthened field crop programs by recruiting highly trained faculty. He laid the foundation for a strong cereal crop breeding and regional testing program that produced varieties such as Simcoe oats and Brant barley. He encouraged faculty to lead in the development and expanded use of such crops as hybrid corn and soybeans. He supported an innovative weed control research program in crop systems.

While Chair of Field Husbandry at the University of Guelph, Don Huntley established a structure of co-ordinated research committees encompassing personnel from Agriculture Canada, University of Guelph, Ontario Ministry of Agriculture and Food as well as private research organizations in expanded fields beyond variety development, such as soil fertility, pest control and production management programs. He was an early advocate for inclusion of environmental concerns in evaluation of pest control chemicals.

Dr. Huntley was instrumental in visioning the Agricultural Research Institute of Ontario and became its first administrator. Under it he structured committees to establish research priorities in all segments of agriculture. He emphasized the co-ordination of government, private and University research resources. Don enshrined official producer input into the committees that established research priorities and formulated producer recommendations. He also advanced the co-ordinated approach to programs of teaching and extension among the Agricultural Colleges at Alfred, New Liskeard, Centralia, Guelph, Kemptville and Ridgetown.