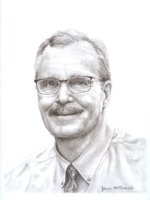 Dr. Peter Sikkema has made outstanding contributions to Ontario agriculture as a researcher, teacher and extension agronomist. His research on weed management has impacted some of Ontario’s most widely-grown field crops including corn, soybeans, cereals and edible beans. He is a world leader in the field of surveillance and management of glyphosate and multiple herbicide resistant weeds.  This has led to novel approaches to integrate new and existing herbicide chemistries into Ontario crop production systems. He has secured more than 100 minor use registrations through the Pest Management Regulatory Agency of Canada. At the same time, Dr. Sikkema has also researched environmentally-responsible integrated weed management such as the integration of cover crops into crop rotations for herbicide resistant weed management. He has conducted over 3,000 field experiments and has published more peer reviewed manuscripts on field crop agronomy than any professor in the 146-year history of the Ontario Agricultural College.

His research has had a direct impact on growers, agri-retailers, the Ontario agri-food industry and the larger scientific community. Growers and crop commodity associations in Ontario and elsewhere in the world recognize that his research has contributed significantly to their bottom line through improved weed management and increased net returns.

Peter has trained over 40 graduate students including 17 who have studied the impact of glyphosate- resistant weeds and developed management solutions to minimize crop yield loss due to weed interference and to maximize net returns per acre.

Dr. Sikkema has received numerous awards for excellence in teaching and in extension work. He has published over 360 scientific papers in refereed journals, and has made hundreds of presentations to producers, academics, private industry and government policy makers in Canada and internationally. His large, productive, and well-funded research program continues to add vital and practical new knowledge locally, nationally and internationally. He has worked towards the development of sustainable agricultural production systems that are high yielding and profitable, while at the same time leaving the soil in better condition for future production. Peter has made a major impact on the sustainability of crop production in Ontario, Canada, North America and across the globe.

Dr. Peter Sikkema is an impressive inductee into the Ontario Agricultural Hall of Fame.