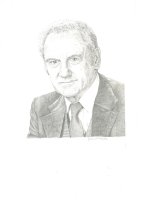 Nominated by: Dairy Farmers of Ontario

J. Grant Smith has had a long and distinguished career in agriculture and has exerted a major influence on the success of Ontario’s dairy industry. Throughout his lifetime in agriculture, he has demonstrated the commitment required to operate a successful farm while making ongoing contributions to both his community and the dairy sector. A highlight of Grant’s achievements, particularly while Vice- Chair and Chair of the Ontario Milk Marketing Board, was the establishment of respect for the successes of the dairy industry at all levels of government.

Grant Smith owns, with his son Barry, Clearcreek Farm near Burgessville, and received two Master Breeder Awards, one in 1968 and another in 1989. He is well known for his knowledge of Holstein cattle and served as an official judge and type classifier for the Holstein-Friesian Association of Canada. An indication of his early interest in quality cattle is his Charter Membership in the Oxford Holstein Breeders farmer-owned AI Unit back in 1947. By 1966, he had been elected to the Oxford County Milk Committee, and from there, he continued to progress rapidly through the ranks of leadership in the dairy industry. He joined the Ontario Milk Marketing Board in 1968 and the Board of Dairy Farmers of Canada in 1972. Ultimately he became the President of Dairy Farmers of Canada and the Chair of the Ontario Milk Marketing Board.

During his tenure on these Boards, Grant Smith worked diligently to promote the benefits of supply management both at home and abroad. He recognized the importance of orderly marketing in the dairy industry; the need to produce a high quality product; the value of research and promotion and the need to communicate effectively with the producers as well as the transporters and other service sectors.

J. Grant Smith has earned himself a sterling reputation as a dairy farmer, as a cattle judge and classifier and as a committed leader for the Ontario and Canadian dairy industry. He is well qualified to be a member of the Agricultural Hall of Fame.