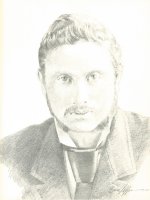 In 1877, James Cockshutt founded the Brantford Plow Works. The business started in a small way with a one-story building and about five employees in Brantford, Ontario. Later known as the Cockshutt Plow Company (Limited), it became one of the most important industrial establishments in Central Ontario.

Although deceased at a young age, Mr. Cockshutt’s inventions had a profound impact on the agricultural industry. He invented the J.G.C. Sulky plow, which played a key role in opening up the Canadian West. The great popularity of this sulky plow was instrumental in developing the infant Cockshutt Plow Company to more sizeable proportions in the early years of the company. Other important inventions included the scientific iron plow beam and the diamond point cultivator.