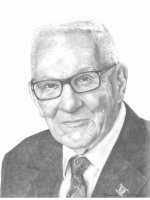 Nominated by: The Sylvite Group

Tom Sawyer has had an unwavering commitment to the Ontario crop production industry over a career spanning several companies: Ciba Geigy, The Fertilizer Institute of Ontario and Sylvite. His work has resulted in a disciplined and principled approach by agribusiness in Ontario to environmental stewardship, cost-effective and responsible nutrient usage, the regulation of crop protection products, and the development of a cohort of professional, certified Crop Advisors, applicators, and warehouse managers.

During Tom’s tenure in marketing and product development at Ciba-Geigy (1967-1989), he created a committee of representatives from the Pesticide Action Network and members of the agricultural industry to work together to develop a reference guide for on-farm pesticide use to decrease the possibility of pesticides getting into the groundwater. The guide was entitled “Pesticides in Water” and showed how Tom’s effective leadership could facilitate a positive outcome for groups with opposing views, but a common concern for the environment.

As the Executive VP for The Fertilizer Institute of Ontario (TFIO) (1989-99), Mr. Sawyer assisted the efforts to create a Canadian program of Certified Crop Advisors (CCAs) and he became a Director on the first Ontario CCA Board. The CCAs underwent exam-based certification to train them in assessing the agronomic and environmental efforts of their recommendations to farmers. This led to what is known today as Precision Agriculture and 4-R nutrient stewardship.

Tom was a founding member in 1988 of the Canadian Fertilizer Institute’s Environmental Affairs Committee to address the implications of modern agricultural practices on agricultural sustainability. The Committee’s first major environmental policy paper was called “The Role of Fertilizer in Sustainable Agriculture and Food Production”.

In the 1990s, Tom led the implementation of the Canadian Fertilizer Quality Assurance program to develop a product testing and certification system to ensure production of quality fertilizer products and a high calibre of trained suppliers.

While at TFIO, he supported the Ontario Feed and Grain Dealers Association and the Seed Association to form the Ontario Agri Business Association (OABA) in 2000 to create “one voice” for Ontario agribusiness with both government and the public, and to facilitate research designed to find solutions to agribusiness issues. Tom was also the driving force in the early 1980s in developing an innovative insurance solution for CropLife Canada members. Chemical warehouse standards and certifications were established and then an effective warehousing insurance program resulted. This program exists today, serving 1200 warehouses across Canada and over the decades has saved the industry tens of millions of insurance dollars.

From 1999 to 2006, he joined Sylvite where he introduced several new product lines for agriculture including greenhouse soluble fertilizers, mini-map, zinc starters and low salt starter fertilizer.

In 1997, Tom Sawyer received the Alumni Volunteer Award from the University of Guelph for his contributions to Ontario agriculture, to the fertilizer industry and to the University itself. His foresight, as Co-Chair in 2011 of the research project “Planning for Tomorrow for OAC”, resulted in modifications to the BSc Agr curriculum and in the creation of the ongoing and successful OAC Student Recruitment initiative. He was inducted into the U of G Sports Hall of Fame in 1997.

Tom Sawyer has a unique ability to foresee and mitigate the production issues of agriculture, the viability of agribusiness and the sustainability of the environment, coupled with his skill in bringing differing interests together to create lasting solutions. He is most worthy of induction into the Ontario Agricultural Hall of Fame.